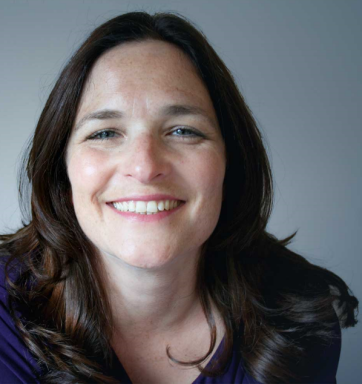 I’m all for us taking responsibility for our own actions and this isn’t going to be a blog about how to blame the rest of the world, but it does help to know how your own brain is busy tripping you up when you are desperately trying to do your best. Throughout my life, I have had many things that I didn’t like about myself, but my anger was the main one. I used to get so angry, full blown tantrum. It took quite a lot to trigger me but then, as a friend described it, I could go ‘nought to nuclear’ in a split second.

I wanted to give you all something to celebrate national mental health awareness day on the 10th of October and as they say knowledge is power, here is some power!

When you are born, your brain is a bit like a computer. You take the computer out of the packaging and it looks lovely, shiny and new; you marvel at the things it can instantly do, others coo over it, all is well. You treat your new computer carefully, putting it in a special case at night, refusing to let anyone else touch it and keeping anything that might spill on it at a distance.

As time goes on, you become less protective of it and it has some life experiences that don’t help it. You stuff it on a pillow on your knee blocking the fan and you let crumbs fall in the keyboard as you eat over it. You brain has similar issues, life is not perfect and however hard we try, we will all go through some experiences that aren’t helpful. Sometimes these types of experiences are traumatic, a car accident for example, but sometimes they are just things that happen that our brains decide are traumatic. Your brain, just like the computer, is receiving millions of pieces of data every second and just like a computer it files them quickly and efficiently away. For example, it sees a chair and files it in the chair file, you don’t need to worry about whether it’s a chair because your brain does that for you so you can just get on and sit down. It is sometimes too efficient. Whilst looking for patterns in its files, it makes mistakes, sometimes big ones. Unfortunately, it doesn’t realise this and so instead of righting the mistakes, it just blips – think of when computers get viruses, coding errors etc. but they manage to carry on working. This morning, my computer was slow and couldn’t keep up with my typing, I was able to reboot it, not something I can do with my brain – or can I?

Your brain has certain algorithms that it runs by and uses to file your experiences. Think of your brain like early humankind stepping out of the cave and seeing a big tiger. It very quickly must think whether it attacks, flees or stands still – these are your fight, flight and freeze responses. To bring in rational thinking at this point would be pointless and may get you eaten while you pause to see how beautiful the tiger is, so your brain effectively goes into ‘safe mode’ and makes a decision: run, fight or freeze. Only once safe will it allow you to think about what you could/should have done. Hindsight is a wonderful thing. Life is the same, only after we have been ‘emotionally hijacked’ – that’s a term for when you behave in a way that afterwards you feel was wrong (like me exploding in rage) can we think about what we wish we could have done. This applies to every experience you have. You brain weighs up quickly if it thinks it’s in danger – 99% of the time it says no and life carries on, however that 1% of the time it thinks it is in danger (even when it’s not) is where problems begin.

If your brain deems you to be under attack (thinking tiger), it creates a pattern of behaviour that ‘protects’ you from that attack and at the same time it creates a link between that event and ANY other event that it deems to be equal/similar/vaguely similar, ever again in your lifetime. Yup, you heard right, that annoying or destructive behaviour you have is just your brain trying to protect you. These little behaviours can sit like mines in your unconscious and explode whenever they think they should.

Here’s an example: I had a difficult childhood with a mentally unstable mother; as an adult I had CBT, counselling, psychotherapy, EFT therapy, I even trained to be a coach myself, I read every self-help book and worked at doing every positive change exercise that anyone recommended. I did change, a lot, but there were still things that I really couldn’t shift. Then one day I stumbled into someone who was trained in Cognitive Hypnotherapy – like I am now, and told her about the annoying anger thing I had. She got rid of it completely in one session!! We did a technique where we took my unconscious back to the very first time that it had blipped – think computer virus – and I was three years old and angry at my life. I threw a tantrum and that most likely got me attention and I was soothed. My unconscious ‘learnt’ that if I got angry when I felt emotionally unsafe, that I would be soothed and it decided that this behaviour was worth repeating forever more. Hence, I became an adult that would explode whenever I felt unsafe and needed to be soothed. Here is the problem, I was an adult and exploding over things that were silly, there was no soothing afterwards, just embarrassment.

Here is where the brain did another of its little tricks – just like our computer analogy, you know when your computer crashes and deletes that essay you just wrote and hadn’t saved? Your brain does the same, it crashes (explodes/reacts) and then deletes all the information that tells it that that wasn’t a great course of action. It evaluates the situation and your response and concludes that as long as it got the outcome it wanted – with me anger would eventually lead to me feeling calmer, which it took to be soothing – it decided this was a great process and outcome and continued to repeat the behaviour however hard I consciously tried not to! Tactically deleting the fact that going nought to nuclear was not good and that in fact it was humiliating. Deletion is another algorithm the brain uses.

Only by going back and having a little chat with my three year old brain and clearing out those corrupt files and thoughts could I finally let go of that destructive behaviour and choose how to respond and behave differently in those moments.

Our unconscious is like the operating system in our computer analogy, it’s actually running 90% of our lives. We think we are in control through our conscious thought, but we aren’t, but we can be in charge of whether we help get our unconscious ‘rebooted’. That we can do.

Anxiety is just your brain creating a future image that it has decided is going to be negative and guess what, it deems that negative image to be a tiger in front of you. By filling you with anxiety (flight, fight, fear response) it stops you doing whatever you were going to do, public speaking, going out with friends, going out at all! It creates fear where there is none. Why? Well, that’s unique to you, no anxiety is the same, no cause is the same. I worked with a client who had been abused and he didn’t leave his house. His brain had linked the abuse with being outside and slowly closed down his life until he lived in one room. He was safe there, it deleted the fact that this had a devastating effect on his life because in his unconscious he was safe. We had to teach his unconscious that he was now safe anywhere and could make adult decisions around risk and that it could stop this behaviour. Anxiety is not something that has to be tolerated.

Like a computer, there’s so much more to know and change, different graphics cards and programmes we can upload. We CAN change our brains and the beauty of it is that it isn’t hard, we just need to work with it and teach it that things have changed since it got that first little virus and decided to code us a different way.  We can teach it new code and new behaviours. We CAN change the way we want to be, WHO we want to be and we CAN make a difference. So yes, just like your computer, you can reboot your brain, it may not be as easy as flicking a switch on and off, but it’s so much more rewarding being part of that process, seeing yourself change and believing and understanding that you can be more you, the real you, the you that you should have been underneath those computer errors.

To help you on your way I have created a recording that you can listen to that will increase your confidence, it’s free, just pop me an email to mari@mari-williams.com and I’ll email you a copy.

If you would like to know more or have a chat about how your brain is tripping you up do get in touch, feel free to sign up to my newsletter on my website at www.mari-williams.com I’m also giving a talk at the end of November which is free to attend in Cambridge and you can find me on Facebook too at https://www.facebook.com/groups/TheMindArchitect/